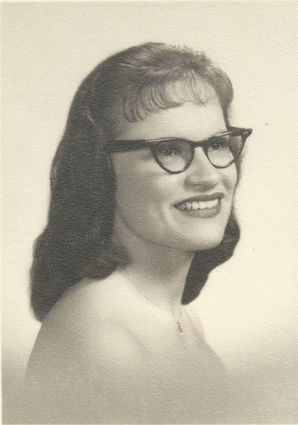 Born September 24, 1940 to Jerome and Rose Zimmer (Kosterman) in Catawba, WI , Ardith was the eldest of 8 children. She grew up in Menomonee Falls, WI and was a 1958 graduate of Menomonee Falls High School. After graduation, Ardith became employed at Briggs and Stratten, and took up residence in Milwaukee, WI. While residing in Milwaukee, she met Roy Rost Jr. who became her husband on September 10, 1960. They celebrated the birth of 4 sons, Roy Jr III, Mark, Dan, and Jody. They would have celebrated their 58th wedding anniversary this September.

While their sons were young, Ardith and Roy chose a life in Hubertus, WI where they enjoyed country living with a large vegetable garden and an occasional 4-legged pet. Ardith worked at Milwaukee Greenhouse in Monches, WI with her sister-in-law, Nancy Zimmer, as well as several other amazing women. She always spoke of this job with warm memories.

The family eventually relocated to Surring, WI where their sons completed their education and where the whole family made everlasting friendships. They enjoyed a peaceful setting with hunting and trapping, logging in the Nicolet National Forest.

In August, 1996, Ardith and Roy moved to Sonnette, MT. According to a letter she wrote to the editor of the Powder River Examiner, Ardith said that being a Montana denizen is " ... a welcome solitude, warm Chinook winds in January and February, deer and turkey visiting at daybreak, a city just 32 miles away that maintains small-town friendliness while offering just about anything a person really needs, and neighbors in the community of Sonnette who are as warm and welcoming as a close-knit family. Southeastern Montana is all that it is cracked up to be ... and more."

With God's open arms, Ardith was escorted to Heaven by her parents Rose and Jerome Zimmer, her infant brother Terry Zimmer, and her eldest son Roy Rost Jr III.

Ardith will be remembered for her faith and love of God, the love and compassion for family and friends, the remarkable selflessness of a mother and wife, her beautiful smile, her gifts of charity and willingness to help where ever she was needed, her amazing cooking and baking, her hunting skills, and her creative painting and calligraphy talents. Ardith won awards and recognition for her artwork, quilting, and recipes. Her work was also featured by Hallmark.

We would like to thank the ICU staff at St Vincent Hospital, as well as wonderful family friends and neighbors who have all been a blessing to us during Mom's journey to her home in God's Kingdom.

That woman is a success ... Who lives life to the fullest; who has discovered and shared the strengths and talents that are uniquely her own; who puts her best into each task and leaves each situation better than she found it; who seeks and finds that which is beautiful in all people ... and all things; whose heart is full of love and warm with compassion; who has found joy in living and peace within herself. Barbara Burro