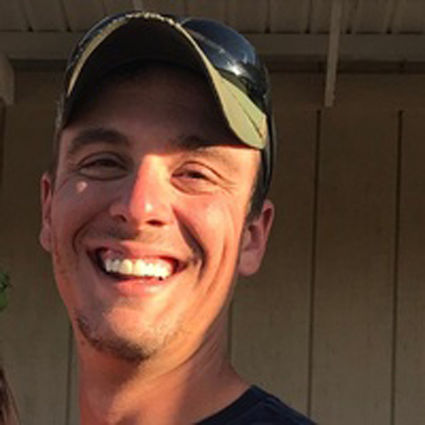 Funeral services with military honors for Andrew Ray Trouten, age 30, of Spokane Valley, WA, formerly of Belle Creek, MT, will be held at 10:00 a.m. on Monday, July 23, 2018 at the Countryside Church, 625 Woodland Drive, Spearfish, SD. Pastor Brad Burkhalter will officiate with burial to be held at 3:30 p.m. MT at the Ridge Cemetery, west of Alzada, MT.

Andrew Ray Trouten was born on March 31, 1988, to Jack and Miriam (Boone) Trouten, in Coeur d’Alene, ID. His mom remarried and Andrew moved to Belle Creek, MT, where he loved growing up on the family ranch. The ranch is near one of his favorite places on earth, Cadwell Springs Camp. He attended Powder River County High School and graduated in Broadus, MT in 2006.

Following his graduation, Andrew joined the United States Navy, and proudly yet humbly served until October 2012 on the USS Carl Vinson. He teared up whenever someone thanked him for his service to our country. He was affectionately known by his Navy and Moody Aviation family as “Trout”.

Andrew married the love of his life, Rebecca Bingaman, on July 4, 2015 in Rapid City, SD. They moved to Spokane, WA one month later to allow Andrew to begin flight training at Moody Aviation. He felt God’s calling to be in Mission Aviation. Andrew completed one year of biblical studies and two years of maintenance, making him a Certified Aircraft Mechanic. Andrew loved to work hard and excel in anything he set his mind to.

On April 6, 2017, God gave Andrew and Rebecca their precious daughter, Rilee Rae. Andrew loved Rebecca and Rilee with everything he had and was so excited to come home from school each day to his wife and baby. Andrew’s gift in life was to tease people, but in a way that made everyone he met feel special. He lived life to the fullest, and always made sure to tell people he loved them, just in case he never saw them again.

Andrew’s greatest desire was for more people to follow Christ. Andrew died doing what God had called him to do and though we do not understand God’s plan; we can trust in God’s good plan and that he will bring beauty from ashes.

Andrew was on his first day of flight training when he went to be with Jesus, on July 13, 2018, near Spokane, WA.

Andrew was preceded in death by paternal grandmother, Alice Trouten; and his brother, Jon Trouten.