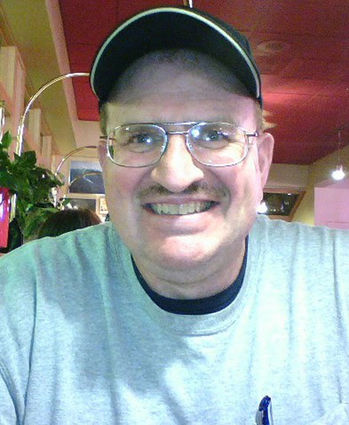 Douglas Pierre Mangen, age 63, of Miles City passed away on Saturday, July 7, 2018 at his home near Miles City.

Doug was born April 13, 1955 in Miles City, Montana, the son of Pierre and Jane Dale Mangen. He attended grade school, Jr. High and high school in Miles City, graduating from Custer County High School in 1973. He received an Associate of Arts Degree from Miles Community College in 1975. He worked for Mangen's Electric his whole life, working with is dad, "Pete" Pierre Mangen and his mom Jane "Dale". Doug was a Master Electrician as was his Dad and he worked in Miles City and the surrounding area.

Doug actively followed sports his entire life, as a manager for teams in high school, later coaching and officiating Little Guy Football. He also ran the time clock and was a booster for CCHS basketball. He was an avid Bobcat football fan and made as many trips to games as was possible. He also was active in the Mon/Dak Football committee. He had a cabin at Ft. Peck and loved to fish for Walleye and was able to cook them well. Doug loved his pets too. He was really heartbroken when his dog Pebbles passed away. He was so lonely he got another dog, Kita. Then he saw Kita was lonely and he got Molly. He has had several cats that he took care of at his home. Doug also liked to hunt, although he loved fishing the best.

Doug was active in the First Baptist Church and had a large church family. He had a group of friends with whom he would share a beer or coffee with as much as was possible. He spent many trips out to the Mangen ranch to visit with his cousin John and his wife Mary Alice. He loved his family and friends and most of all his country.

He was preceded in death by his mother Jane Dale Mangen in 2015 and his father Pierre Mangen in 2017. He is survived by his sister Valeray (Larry) Edwards and brother Mike (Dorrie) Mangen, nephews Jeremy Mangen, Andrew Mangen, Matthew Edwards and niece Jennifer (Brandon) Lantis, cousins Chris (Shelly) Mangen, John (Mary Alice) Mangen, Dan (Ramona) Mangen, Virjay Glover, Vince Haworth, Violet (Ron) Russell and Valinda Hartman and all the many friends he had in Miles City.

Visitation will be held on Friday, July 13, 2018 at Stevenson & Sons Funeral Home with family receiving friends from 4:00-6:00 p.m. Funeral services will be held on Saturday, July 14, 2018 at 10:00 a.m. at the First Baptist Church in Miles City. Interment will follow in the Custer County Cemetery. Condolences may be sent to the family by visiting: http://www.stevensonandsons.com.

Should friends desire, memorials may be made to the First Baptist Church.