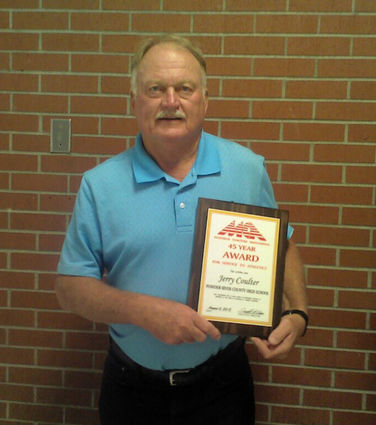 When Broadus Head Track Coach Jerry Coulter is referred to as "long time coach", some may not realize just how long he has served the community. Jerry received a longevity plaque at the Montana Coaches Association annual awards program, held last week in Great Falls, which Coulter is shown holding in the picture above. The award was received for 45 years of coaching. Only one current coach in the state has been coaching longer: Ron Jones, a track coach for Missoula Hellgate, who recently retired after 53 years of coaching. Coulter has no plans on retiring, at least until he beats Jones' rec...