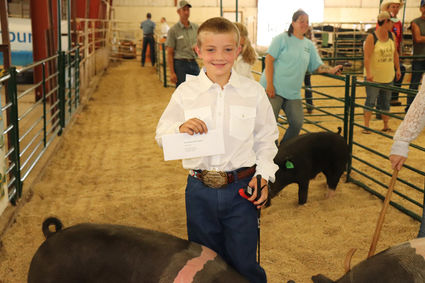 The Best Beginner Swine Showman at the County Fair was Jayce Schroeder. He received an award sponsored by Bub and Carlene Gaskill. (Fair photos in this issue courtesy PR Extension)

The Grand and Reserve Champion hogs in the show ring also topped the carcass contest at the Powder River County Fair.

"Most impressive was the loin area measurement on Shaylee's hog, a who...