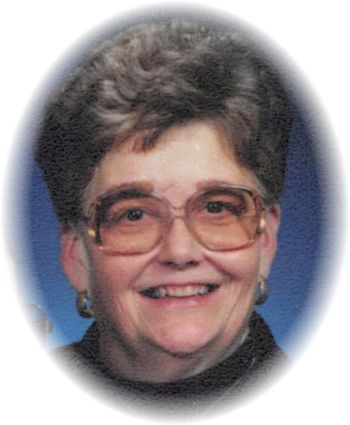 Ione Vera Archer Donohew was born on Feb. 4, 1946 to Robert Archer and Vera Benge Archer. She joined an older brother. Ione was a happy child and always had a smile. She loved animals especially cats but dogs were always in her life too. She ended up always owning a cat and/or a dog or both throughout her life and could tell you all about each one of them!

She started school at the Divide School and attended there until we moved down to the Olive community where she attended the Wolf Creek School until she was a seventh grader where we went to Broadus schools as Walter was starting high school. While in high school, we attended a football game in Edgar, MT. Their football field is lined with great big cottonwood trees and Ione happened to be in front of one tree when the play came right to her and she ended up with a broken leg. We told her she needed pads if she was going to play football! Ione was in band throughout high school playing the clarinet.

Ione was in 4-H and took lots of different projects and succeeded at most. One year when Walter was busy in the fields helping Dad, Ione did his feeding of his steer and hers. The week of the Fair, her steer who had been so easy for her to lead decided it didn't want to and took off with Dad in tow. It kind of turned into a rodeo before it was all said and done! Fair time was always tough on Ione as it brought many tears for her to sell her animals but not that year!

Ione learned to drive around the ranch and got her license and did just fine, however she was never mechanically inclined. One such instance comes to mind when it was storming after school and Ione was driving home and she made us turn off the radio as she said she was going to need all the power she could get! Needless to say, we argued all the way home but never got her convinced of anything else but to keep the radio off!

Ione took piano lessons and loved playing the piano. Mom gave us household chores to do on Saturdays and that was when Ione chose to play the piano! And she got away with it several times!

After high school she attended Business School in Rapid City, SD then returned to Broadus where she was secretary to the Powder River County Extension Agent, Jack Jeakins. Jack was a go getter and got things done. Ione loved working for him. He made connections for her to have a secretary job with the Pentagon in Washington, DC where she worked for several years. It was during this time, that she met her future husband, Don Donohew. They were married in April of 1972 and lived there for a few years. In 1977, they decided to move out to Wyoming where Don had found a job at a feed lot. We were very happy to have them move back so they could be a part of family get togethers. We always played games and enjoyed each other's company with lots of laughs! While living in Powell, Ione babysat a couple little boys that she adored. They both loved having family come and visit them any time and considered all of their nieces and nephews their family.

Ione had a beautiful singing voice and loved singing in church choirs. They were members of the Methodist Church in Powell, WY.

Ione and Don moved into the Extended Care Facility in 2011 after Ione had some health issues. They took good care of them. Don passed away in 2014 which left Ione very lonely. She always enjoyed reading and read everything she could get her hands on including the daily newspapers.

Ione is preceded by her parents, Robert and Vera Archer, and her husband, Don Donohew. She is survived by her siblings, Walter (Arlynn) Archer, Elaine (Ed) Gotfredson and Gordon (Deb) Archer and many, many nieces and nephews.

Should friends desire, memorials may be made to the Community Living Center or the charity of one's choice.