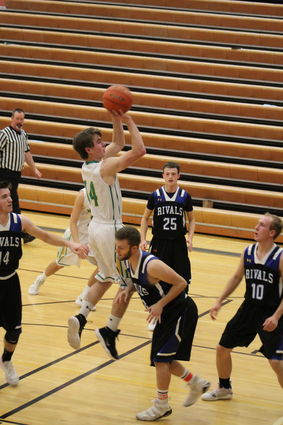 The Broadus Hawks and Lady Hawks traveled to the Lewistown Tournament this past weekend, for their first games of the season. The first Varsity Boys game, originally scheduled for December 1 against Jordan, was postponed until January 15th due to poor winter weather.

The late season start seemed to have some effect on both the Girls and Boys teams in their first games. Their first opponents in Lewistown – Geraldine/Highwood, had already played three games this season, and had taken off that initial edge which sometimes plagues a team in their opening game.