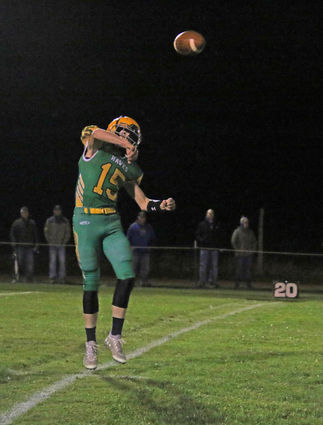 Broadus Quarterback Wyatt Gee makes a throw to a receiver at the Fairview game.

The Broadus Hawk football team has had a tough season, with one win under their belts early in the season, a game in which Lame Deer forfeited.

Over the past two weeks, Broadus faced the number 1 and 2 teams in the conference, Fairview and Circle....