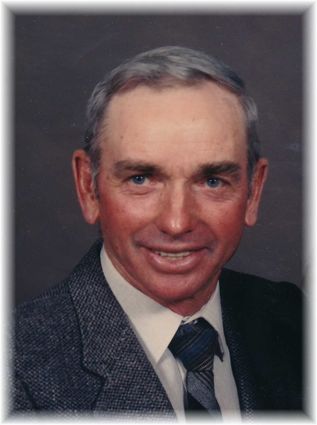 George Porter Shy, age 86, earned his wings the morning of April 26, 2019. George passed away peacefully of natural causes, comforted by family and staff at the Morning Star Senior Living Facility in Billings, MT.

George was born January 9, 1933, to William "Dud" Shy and Mae Rose Moore Shy. George grew up on the family ranch at Otter Creek near Ashland, MT. He attended grade school at Willow Crossing near the family ranch. George began operating the family ranch alongside his mother at the age of 15, after the passing of his father, while still earning his high school diploma at Custer County District High School in 1950. On January 26, 1957 George married Eva Rose Howard. Together they raised four children: Shannon, Dudley, Stewart & Jayme along with hereford cattle and registered quarter horses on the Shy Ranch.

George was involved in the community in many ways. He was a member of the Miles City PCA Board for many years, the Stacey Roping Club, the Range Riders Museum Board and 4-H, to name a few. In 1998, George and Eva Rose sold the Otter Creek Ranch and moved to Belle Fourche, SD where they continued ranching operations. They also began to enjoy spending a few months out of the winter in Arizona. Eva Rose passed away on June 7, 2003. George married Beverly Ames in August of 2006. They spent summers in Belle Fourche, SD and their winters in Mesa, Arizona. Together, they enjoyed 11 years of travels and adventures. In January, 2017, George moved to Morning Star Senior Living in Billings, MT to be closer to his family.

Visitation will be held on Tuesday, April 30, 2019 with the family receiving guests from 4:00 p.m. to 6:00 p.m. at Stevenson & Sons Funeral Home in Miles City, MT. Mass of Christian Burial will be held on Wednesday, May 1, 2019 at 11:00 a.m. at the Sacred Heart Catholic Church in Miles City. Rite of Committal will follow in the Custer County Cemetery. In lieu of flowers, memorials may be made to the Range Riders Museum, 435 Interstate 94 Business, Miles City, MT 59301. Condolences may be sent to the family by visiting: http://www.stevensonandsons.com.