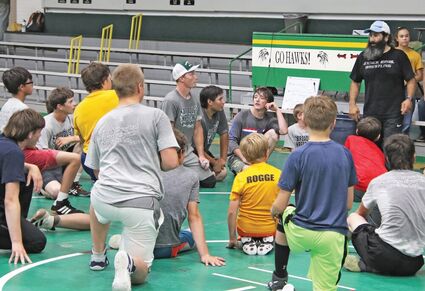 Mike Zadick, Olympian Wrestler and bearded fellow at top right in the photo above, motivates a group of youngsters at the wrestling camp last week in Broadus.

Zadick began his wrestling career at Great Falls, wrestling i...