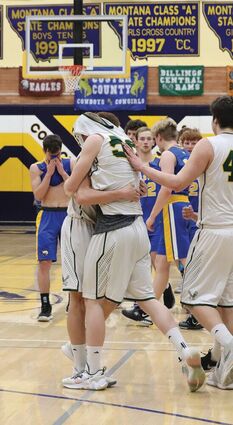 The Broadus boys team went into the 4C District Tournament last week in Miles City as the #1 seed, having beaten every team in the district twice, save Melstone with whom they split games. Broadus won the tie-breaker of point differential by four...