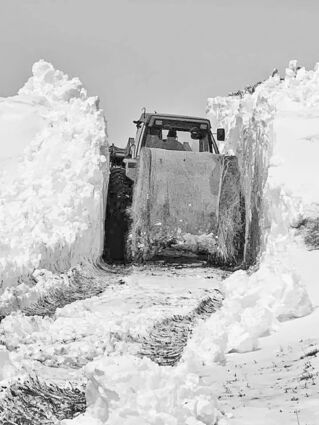 The Boyes area received massive amounts of snowfall and drifting in the April 23rd snowstorm, as evidenced above by the drift Randy Trucano had to dig through to reach his cattle. (Photo courtesy Cynde Trucano)

The second severe blizzard in the same number of weeks bore down on Southeastern Montana on Saturday, April 23rd, bringing with it high winds and a good shot of moisture for the area. Unlike the previous storm, which was more of a winter form in A...