The Moorhead Opposition Flexes Its Muscle 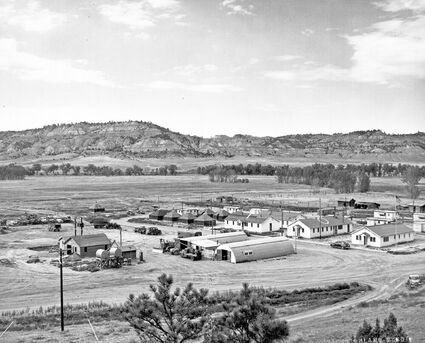 The caption for the photo below from the Denver Post read: SEP 1 1949 Moorhead, Dam. The bustling bureau of reclamation construction camp sprang up almost overnight on the banks of the Powder river near the Wyoming-Montana line. Thursday it appeared the camp will become a ghost town with the same rapidity. Workers living there were to construct the controversial Moorhead dam at a cost of 14 million dollars. But now federal funds have been cut off, to the joy of ranchers fighting the flood-control project. The bureau of reclamation says the camp will be boarded up as soon as current work is ended. Credit: The Denver Post (Denver Post via Getty Images)

In my most recent column, I described the attempt in the late 1940s and 1950s to construct a dam on the Powder River south of Moorhead, Montana, just north of the border with Wyoming. In 1947, Congress appropriated $900,000 to mak...