The Last Of The Boer War Horses 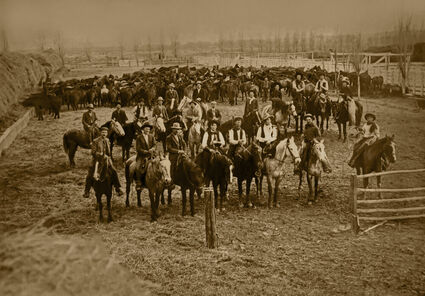 Grant Dunning, his cowboys, and the Moncreiffe Brothers at Bovino, February/March 1902. Grant Dunning (front row, third from left) and his cowboys pose for a picture at the Bovino Stockyards of Grand Junction, CO. Also pictured are Moncreiffe Brothers Malcolm (front row, first from left, wearing a Scottish bunnet) and William (back row, sixth from left, wearing a Scottish bunnet). Horses intended for use by the British Empire in the Boer War are pictured in the background. (Photos courtesy of the Charlie Dunning family)

A year ago, my cousin showed me an old, sepia-colored family photograph of several cowboys in a corral. The picture's owner (my cousin) challenged me to see what I could find of the image's backstory. I...