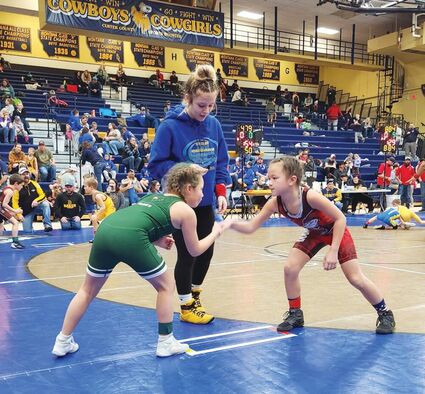 The Broadus AAU wrestlers showed up in force for the first tournament of the year at Miles City on January 15th. Broadus had 29 out of the 525 competitors, placing 8th overall out of 18 teams. Broadus AAU placing was as follows: Wesl...