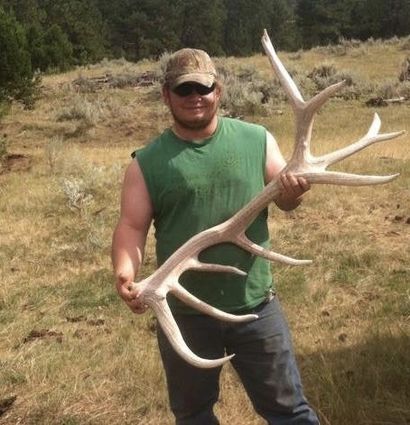 Leon was born on June 2, 1990 in Miles City, MT to Chuck Sandine and Cindy (Olson) Newton. He attended high school in Broadus, MT. He spent most of his time helping his friends and family. They would often say that he had a "heart of gold."

Leon had a passion for mechanics. He relied heavily on the expertise of his mentors and was a quick learner. Leon loved to hunt and fish. He had no problem pointing out the obvious, especially when it came to how much bigger his catfish was compared to yours. Leon was a talented athlete. He was a state champion bowler in his youth and would always join in on any sport his friends and family were playing. Leon was also an avid game player, whether it be on his x-box or the family dinner table. He was known for his quick wit, his large smile, and his kind and compassionate spirit.

Leon was preceded in death by his grandmother, Nellie (Nana) and his grandfather, Veryl. He is survived by his grandfather Ken, his father Chuck, his mother Cindy, his 7 siblings, Crystal, David, Rachael, Christopher, Victoria, Curtis, and Wyatt, his nephews Ashton, Blake, and Cohen, his nieces Mckaia and Letty, and several aunts, uncles, and cousins.