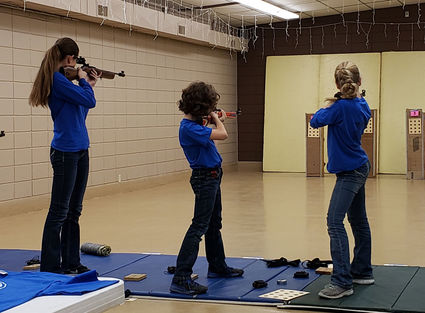 Lea, Justin, and Becca Aye compete in the standing segment of the Air Rifle competition in this photo courtesy of Dawn Aye.

Over the winter, a group of shooters competed in the State Air Rifle Postal Match, shooting once a week against competitors across Montana.

Broadus shooters competed at the Baker shoot, with the following results: