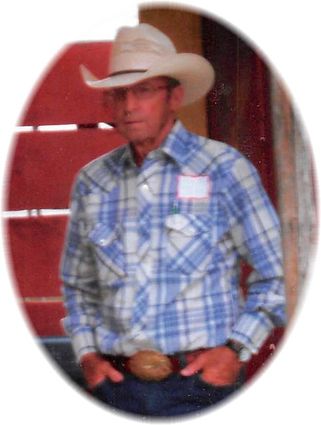 Raymond was born May 13th, 1934 at the family homestead near Ridge, Montana to Walter and Lucinda (Hurley) Williams. He was the oldest of twelve children. He attended Wright Creek School through the eighth grade, that being the longest they could keep him in a school room. He started working as a ranch hand and sometimes sheep herder on ranches in Montana and Wyoming to help support the family. He was instrumental in helping raise his younger brothers and sisters. On August 29, 1953 he married Evelyn Richards in Belle Fourche, SD. He was drafted into the United States Army in May of 1954. During his time in the service he was stationed in California, Washington and Germany until his discharge in 1956. He returned to ranching after the service again working on ranches in Montana and Wyoming. Edward Lanning, Bert Kaufman. Charlie Moore, Les and Walt Crago were some of the main operations he put his cowboy skills to work. A good share of these years were spent in Colony, Wyoming when Raymond and Evelyn raised their family of seven. Those were good years for everyone, good friends and great neighbors, and a great community to raise a family. In 1974 he decided to move the family to Belle Creek, Montana on a ranch and later began working for Gary Energy in the oilfield. Again, they joined a great community and made many more great friends. There was never a time in his life that he wasn’t horseback, from a very young age until just last year. Ray broke a lot of horses and owned many good horses, most of them being self-made. He passed his knowledge, love for horses and skills on to his sons and grandkids. Ray loved kids, especially his grandkids and enjoyed watching them follow in his footsteps and excel in the western way of life. Roping was a true passion for him, if he was not in the arena roping with his boys, he was watching them rope and rodeo. He also got to watch the next generation, his grandkids and most recently his great grandkids. Ray had a nickname for some of us and eventually ended up with one of his own. He was known as Grandpa Ray and earned the title Papa Naughty from a great grandson about twenty years ago for twisting his ears until they were red, pretending they were motorcycle handles. It seemed to be very fitting for him.

This is not goodbye Dad....we will see you later. You have traded in your spurs for angel wings. You have left a legacy that will live on for a long time. Just know that like the song says, we thought you walked on water.