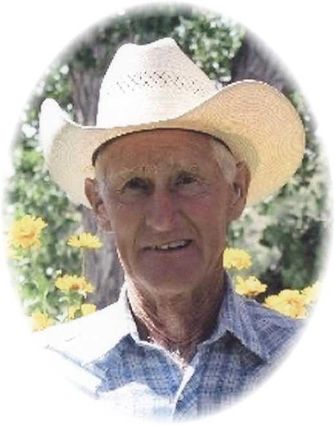 Ray was born on June 5, 1931, in Miles City, Montana, the son of Dan Jr. and Martha (Steadman) Gaskill. He attended grade school in Ashland. During high school he stayed in Miles City with his uncle, Joe Gaskill, and graduated from Custer County High School in 1949. After high school, he returned to the ranch on the East Fork of Otter Creek. At age 21, following the death of his dad, Ray took over the ranch, providing for his mother and two of his younger sisters. Wanda Damm, the school teacher at the East Fork School took his eye and they were married on December 17, 1960. They were partners and best friends for 58 years. They were blessed with four children and raised them in their cozy home on East Fork.

Through the years, Ray served on local school boards and the Soil Conservation Service board in Broadus. Ray was always busy working -­ never letting any grass grow under his feet. He enjoyed ranching and farming – even raising a crop or two of corn under the pine trees on Daily Creek. Ray worked hard to make improvements to the ranch. He did a lot of "dirt work" with his dozer, building dikes to improve the hay meadows and when he was blessed with a crop of alfalfa seed, it made for an extra good year. In his younger years he worked around the country combining grain and alfalfa seed for various neighbors. Never missing a bargain at a local auction sale, Ray spent his "spare time" collecting antique John Deere tractors and antique furniture. He could spot the potential in the most dirty, old, broken down piece of furniture and refinish it into a beautiful keepsake that he enjoyed sharing with his family. He also enjoyed reading and local history. Ray's pride and joy were his children and later in life, his grandchildren.

The family would like to thank the doctors and staff at the Holy Rosary Hospital and Hospice for the special care they provided.

Family will receive friends on Thursday, November 29, 2018 from 4:00-6:00 p.m. at Stevenson & Sons Funeral Home in Broadus. Funeral services will be held on Friday, November 30, 2018 at 11:00 a.m. at Faith Bible Church in Broadus. Interment will follow at 3:00 p.m. in the family lot of the Custer County Cemetery in Miles City. Condolences may be sent to the family by visiting: www. stevensonandsons.com.