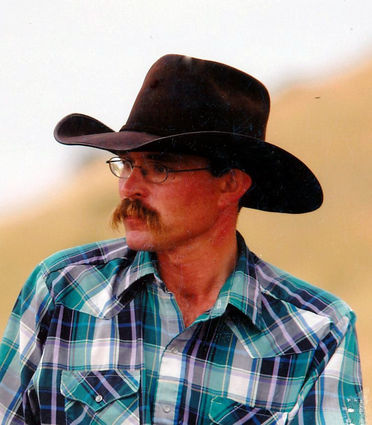 Judd was born on March 26, 1976 in Pierre, SD to John Otis Bilbrey and Mary Alice Slovek. The family moved to Montana in 1980 where he grew up on various ranches in southeastern Montana. Cowboying started at a young age for Judd and carried on throughout his life. Horses were always plentiful from colts to ex bucking horses. Judd had gained a lifetime of horse sense by the time he was a teenager. This led him to riding saddle bronc in high school, college as well professionally. Judd attended high school at Custer County District High School where he was active in FFA and high school rodeo. During his junior year, Judd and his brother Josh started to pick up for each other while practicing riding saddle broncs. Judd continued to ride broncs and be a pickup man for the PRCA until the summer of 2000 when he hung up his bronc saddle and continued on being a pick up man for the PRCA for the next 12 years. Throughout high school Judd's days consisted of helping out at home with shipping, branding as well as at the sale barn. After graduating High School in 1994 he went to Dawson Community College in Glendive, MT on a rodeo scholarship where he studied Agriculture Business. Upon graduation Judd shod horses around the Broadus area. On August 2nd, 2000, Judd and Latrisha Marie Stradtman welcomed their perfect baby boy, Leighton James. Trish and Judd were married on July 27, 2001 before welcoming there precious baby girl Ashley Jo on October 31, 2002. As a family they moved around often until 2007 when Judd was working for Jim Wilson and was able to lease a neighboring ranch and raise his family the cowboy way at Ridge, MT. Family meant the most to Judd and they always came first no matter what, especially when it came to Leighton or Ashley. He was so proud of his children even though he may not have let them know it. A direct quote from Judd referring to Leighton, "Ah little shit is getting pretty handy, but I ain't gonna tell him that." And on the other hand, Ashley was his girl that he protected from everything. Judd had these crazy hand signals he used when out riding that always confused his daughter. He always made moving cows either super easy and short or it was a total wreck many of times! He was a great teacher and better father. He loved to sing to the radio while traveling and boy was he good! Judd passed on his knowledge and love for good horses, cattle and ranching to them both. He was most happy when all four of the family would go out riding checking the place over together. Judd was the kind of brother who would be the first to jump down your throat and tell you when you messed up and maybe even put a knot or two on your head. He would turn around the next minute and be your biggest defender, because that's what a good brother does. Judd enjoyed big country, big outfits and wild cattle. Many stories were made while cowboying with those things involved. When Judd was riding with good pards, no matter what the task, he always had a good time especially being able to rope something. His favorite movie was Lonesome Dove and Captain Gus was Judd's idol. Judd was truly one of those cowboys who should have been born 100 years ago and will certainly be missed by all who knew him.

Visitation will be held on Tuesday, April 9, 2019 at Stevenson & Sons Funeral Home in Broadus, MT with the family receiving friends from 4:00 p.m. to 6:00 p.m. Funeral services will be held at 1:00 p.m. on Wednesday, April 10, 2019 at the Rocky Point Hall near Ridge, MT (NOTE: The funeral was postponed due to a spring storm). Burial will follow the cowboy way in the Ridge Cemetery. Condolences may be sent to the family by visiting: http://www.stevensonandsons.com. In lieu of flowers, memorials may be made to Judd's family to help his children further their education.